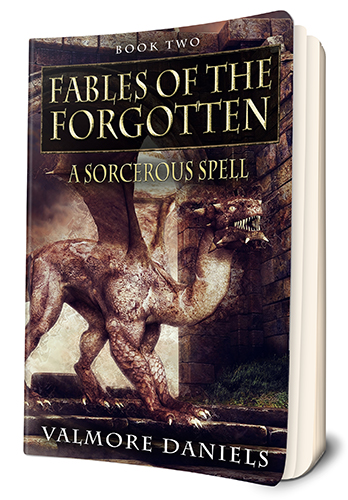 A SORCEROUS SPELL
Fables Of The Forgotten, Book Two
Now Available At:

The Mage is weakened, but still has some dark magic, as well as armies of goblins. If Leif is stop him for good, he must find the Five Shards of Power.

The first stop is the Land of the Giants, whose people have lost the power of speech. One of the giants, Mungus, manages to overcome his disability and point Leif in the direction of the Shard. The only problem is, it’s being guarded by a fire-breathing dragon…

…and the dragon is not the worst thing Leif must face as he and his friends travel the Five True Lands on their quest. There are forces at play more ominous than the Mage; they are pulling Leif down a darkened path.